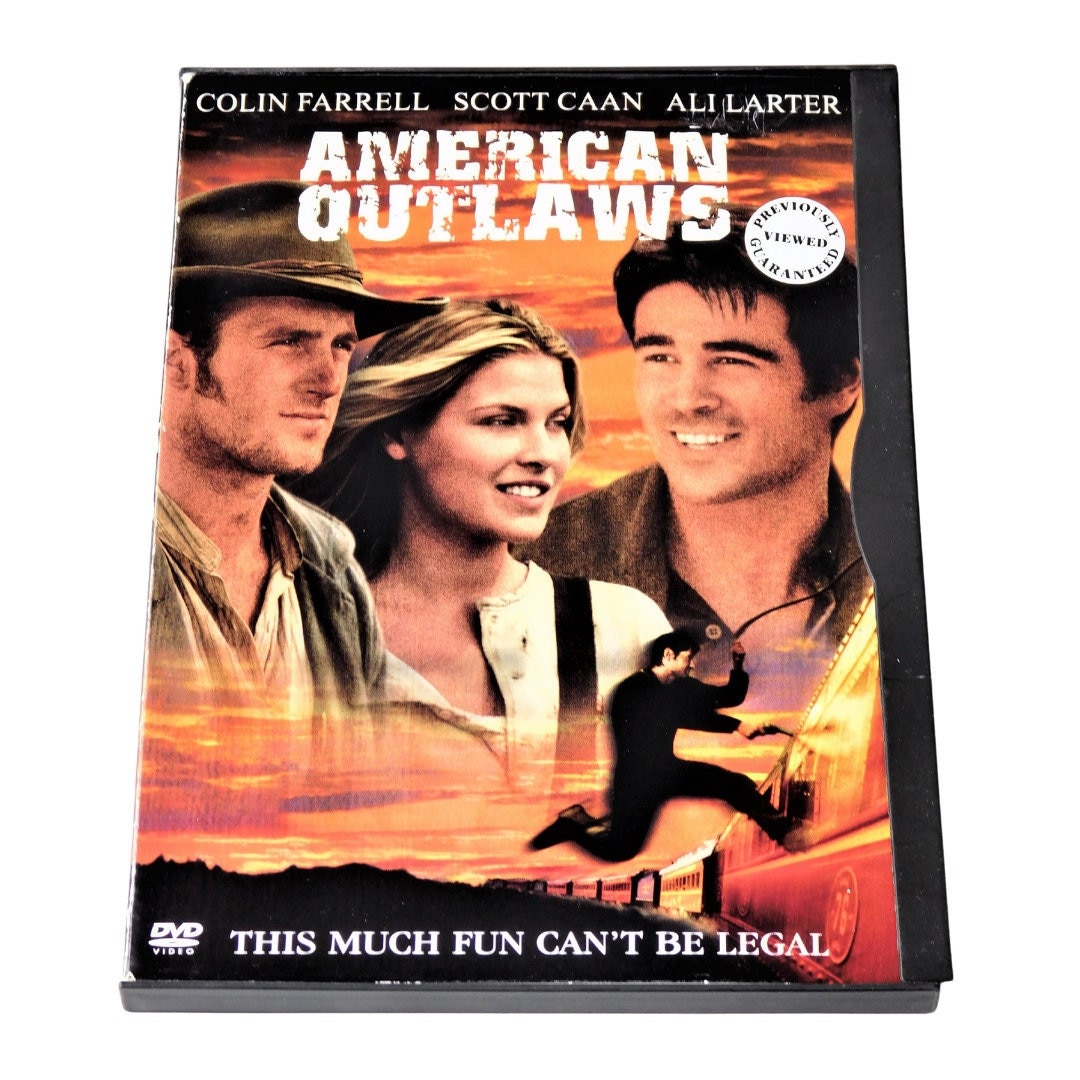 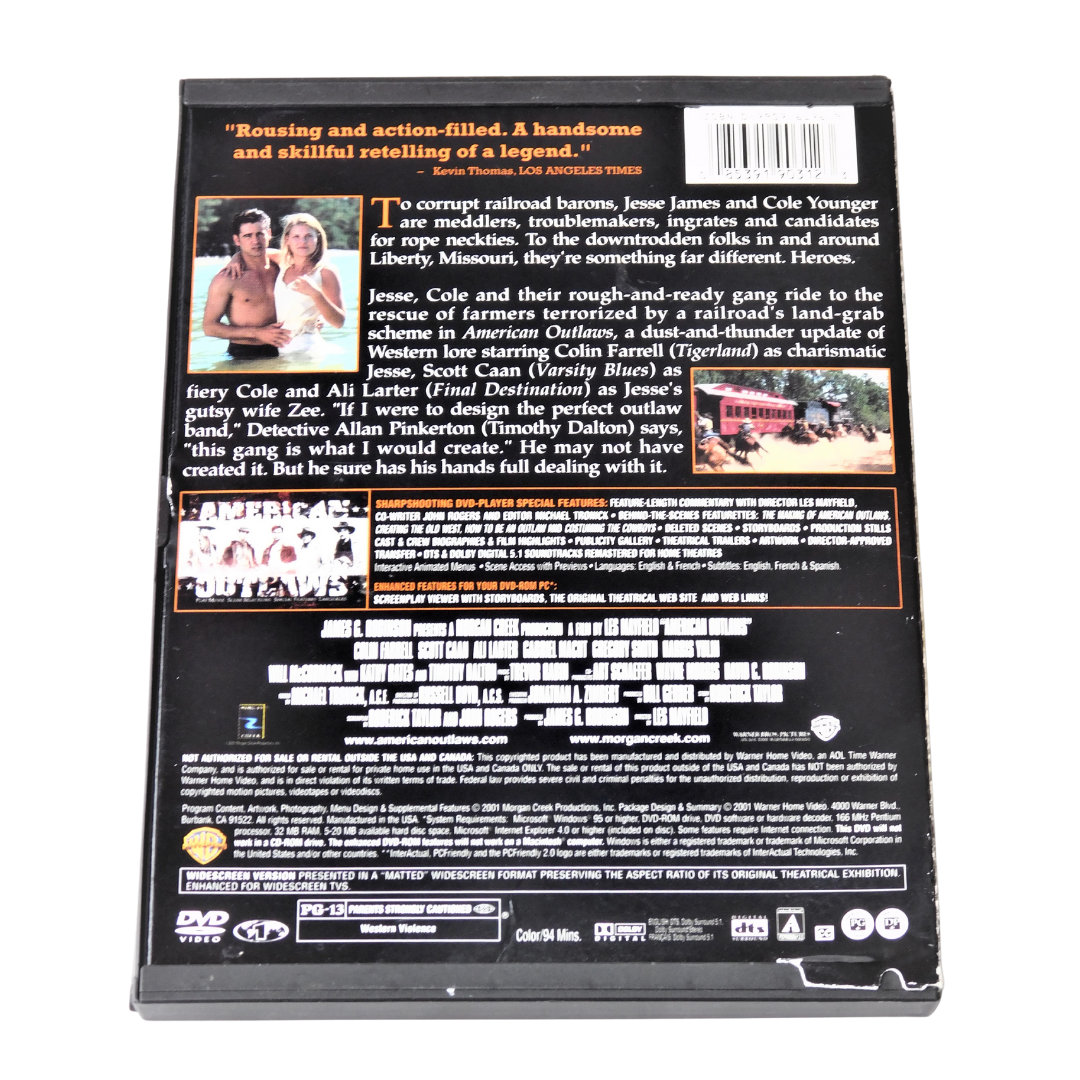 Used Items Disclaimer: This Is A Pre- Owned Item And Is Being Sold "AS IS" If You Have Any Questions Concerning This Item, Feel Free To Contact Us.

We Describe Our Items To The Best Of Our Ability And Try To Incorporate As Much Research As Possible With Books And Internet, However, We Are Not Experts In Any Field.

Director Les Mayfield (BLUE STREAK) attempts to revamp the Western genre with yet another telling of the Jesse James story. This time around, James (Colin Farrell), older brother Frank (Gabriel Macht), and companion Cole Younger (Scott Caan) have returned from the frontlines of the Civil War. Their peaceful Missouri existence is crudely shattered by the arrival of Thaddeus Rains (Harris Yulin), a railroad tycoon who demands that they give up their land for the railroad's benefit. When the boys refuse to cooperate, Rains turns Allan Pinkerton (Timothy Dalton) on them, resulting in a family tragedy that sparks a rebellion. It isn't long before Jessie, Frank, and Cole are off and running, robbing banks throughout the state in order to cut off the railroad's funding, and using their stolen money to feed the poor. In the meantime, Jessie remains intimate with his one true love, Zee Mimms (Ali Larter), hoping for an end to the madness that surrounds him. Mayfield's film balances comedy and action in equal measure, making for a lighthearted affair, even as the bodies continue to pile. Hollywood newcomer Farrell slips into the role--and accent--of the misunderstood legend with ease, delivering another highly engaging performance.