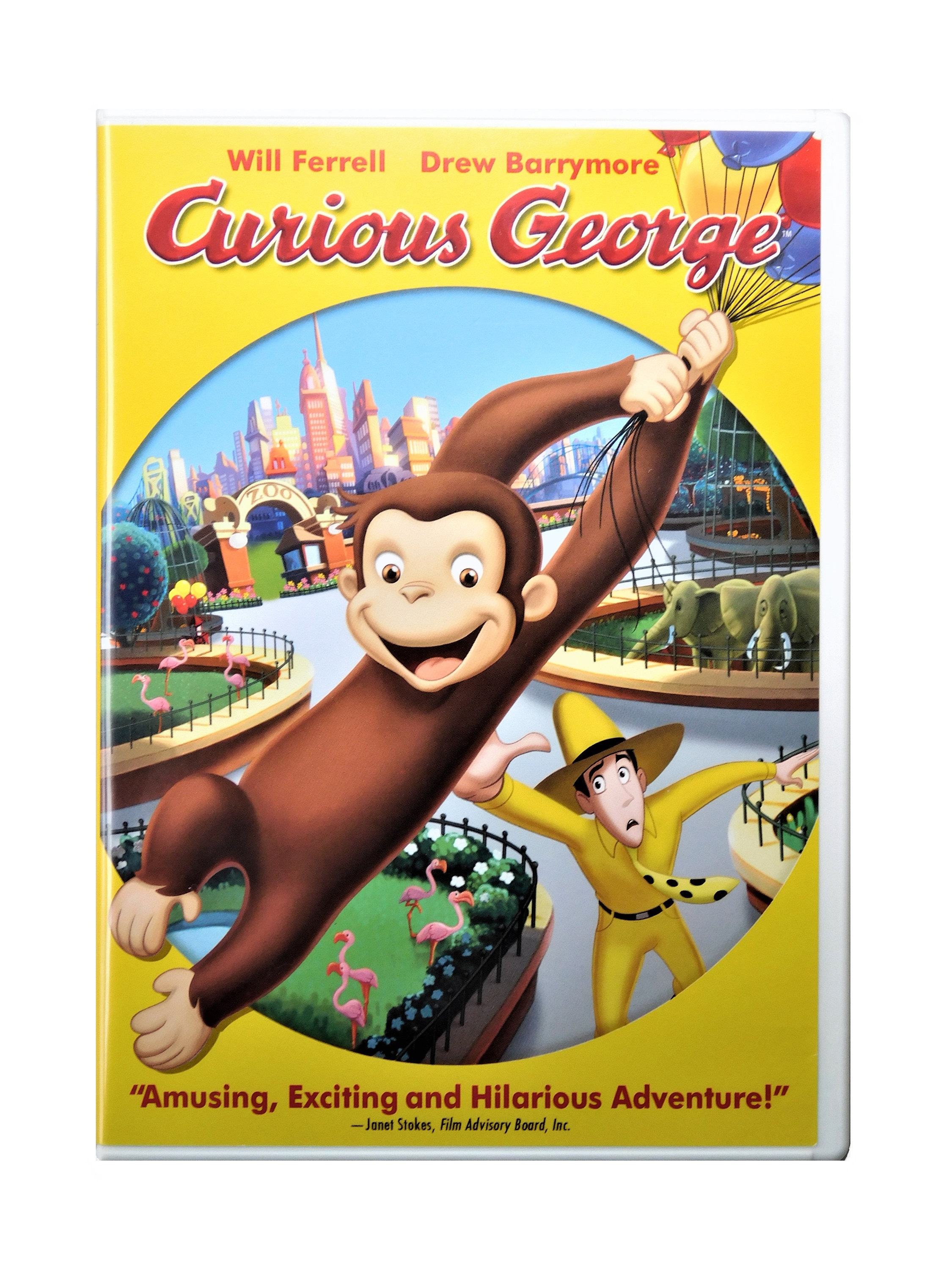 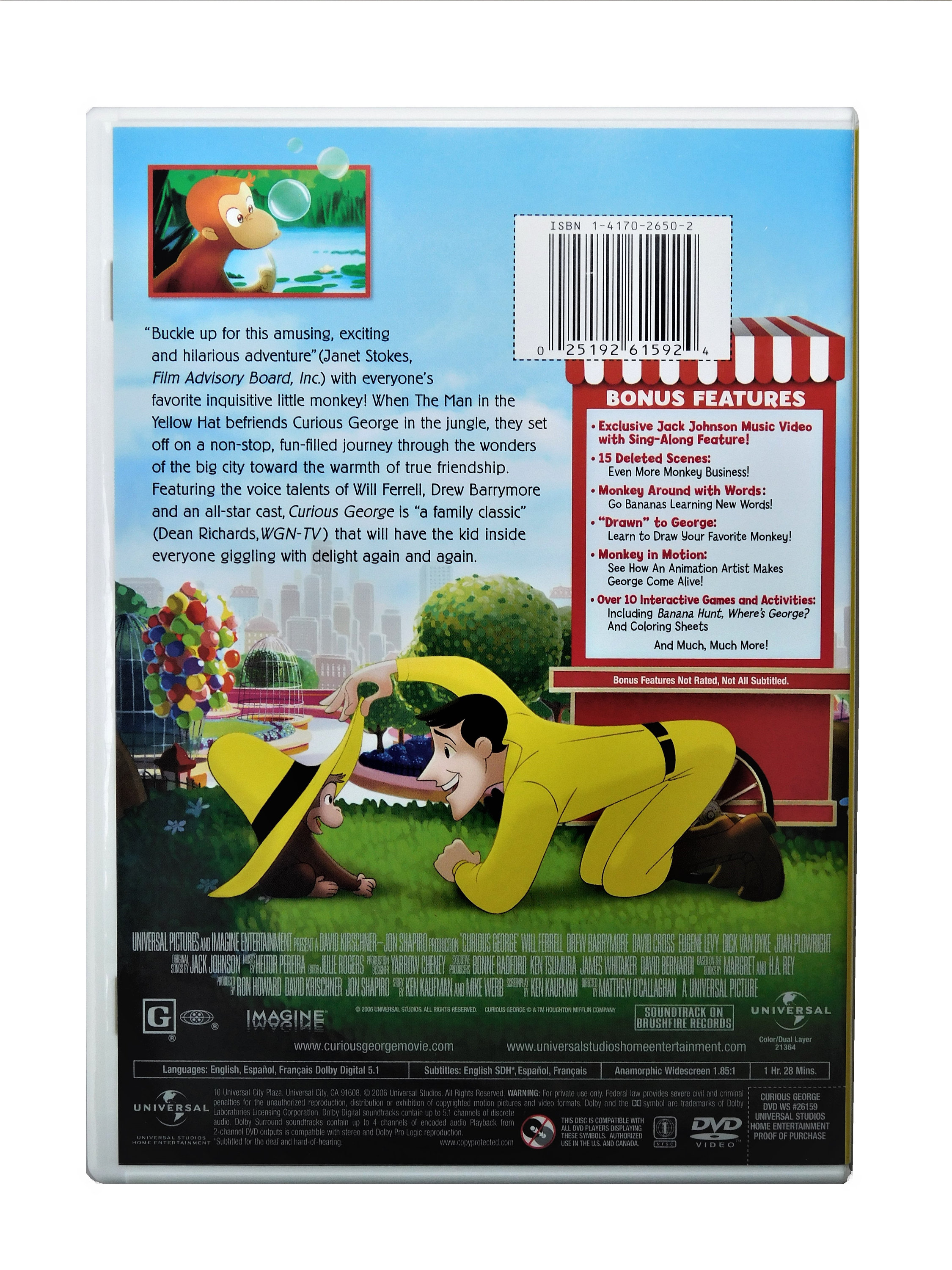 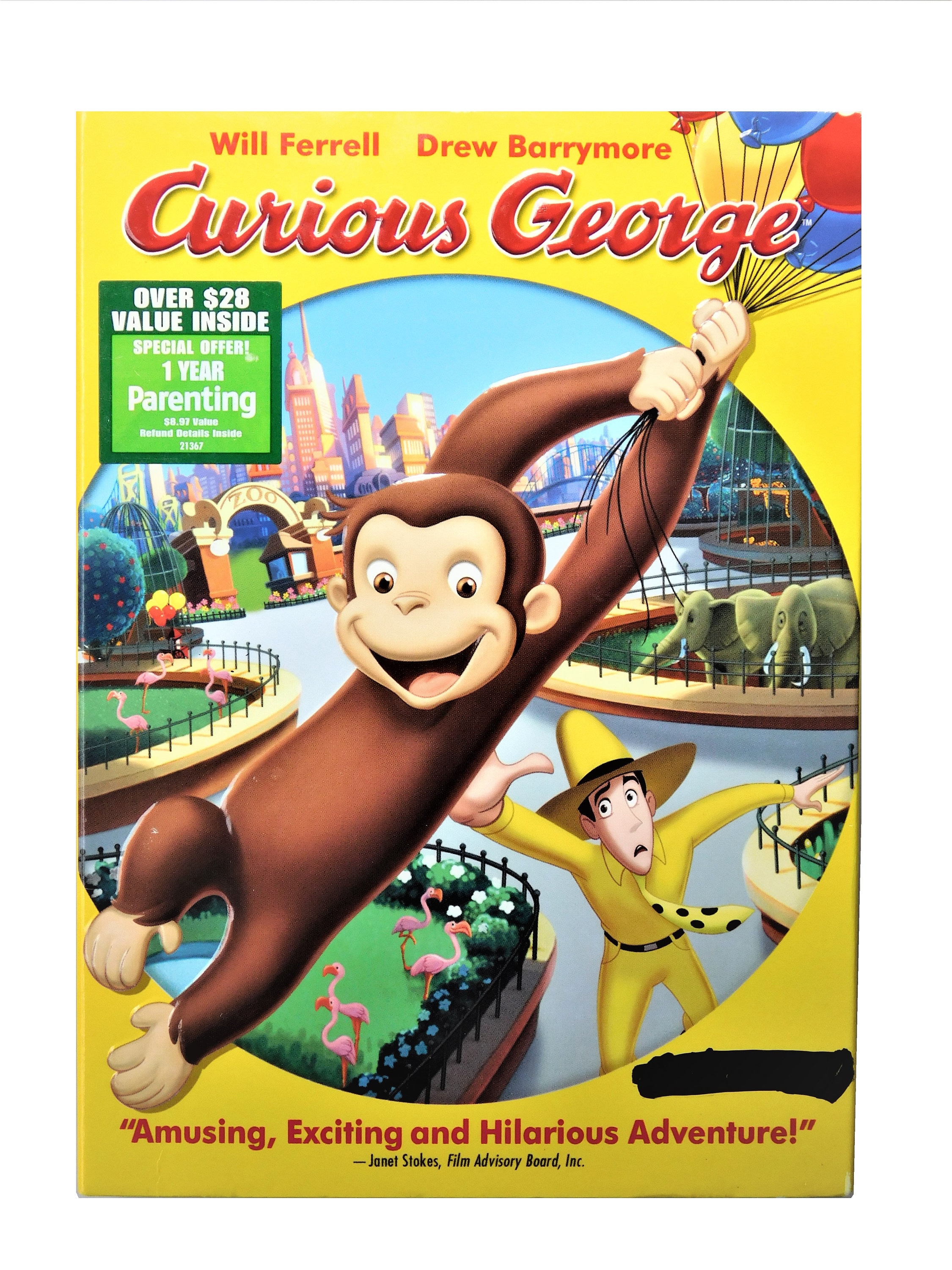 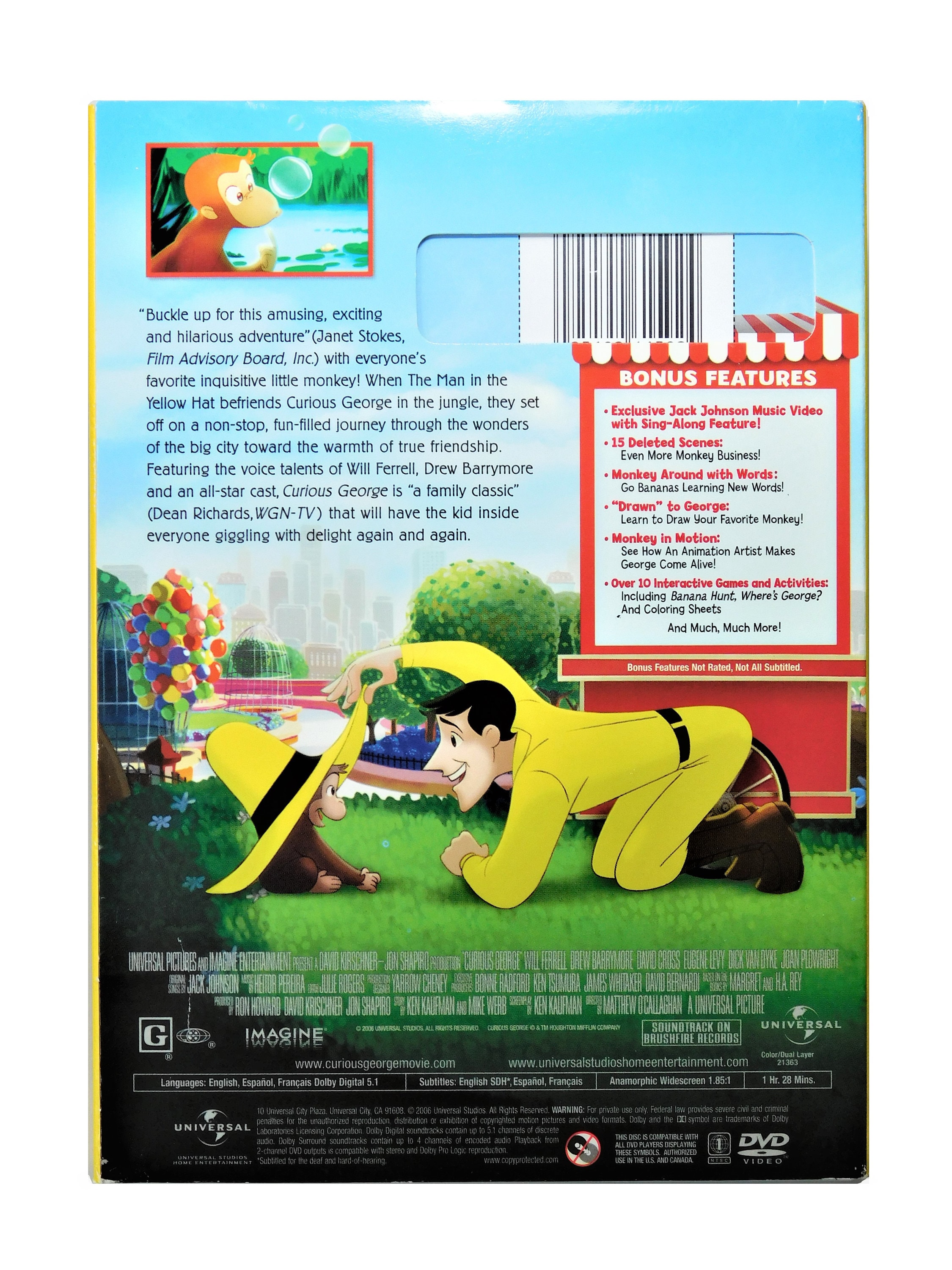 Used Items Disclaimer: This Is A Pre- Owned Item And Is Being Sold "AS IS" If You Have Any Questions Concerning This Item, Feel Free To Contact Us.

We Describe Our Items To The Best Of Our Ability And Try To Incorporate As Much Research As Possible With Books And Internet, However, We Are Not Experts In Any Field.

Resisting the temptations that so many recent kids' movies have succumbed to, CURIOUS GEORGE stays true to the innocently playful spirit of the beloved, brilliantly simple children's books by H.A. Rey, eschewing ironic asides, gross-out comedy, and pop culture references. Barely acknowledging the parents and guardians in the audience, the filmmakers talk directly--and effectively--to their target viewers: young children. And much like the tone and story it complements, the bright and colorful animation is distinctly old-fashioned, paying tribute to the books, appealing to kids, and adding to the movie's retro charms.In the film, the Man in the Yellow Hat (now named Ted) is a geeky museum guide, winningly voiced by Will Ferrell, whose relatively restrained performance here is actually less cartoonish than many of his previous flesh-and-blood roles. He travels to Africa in an attempt to obtain a huge ancient ruin that could save his struggling museum, which the owner's son (the inherently funny David Cross) wants to turn into a more-profitable parking lot. Instead, of course, Ted brings back an adorable, mischievous, childlike monkey (fortunately, George doesn't talk, though his primate chatter is quite expressive), who inadvertently causes all kinds of trouble for him--though there's never much doubt that everything will work out for the best in the end. With the talented voice acting (which also includes Dick Van Dyke, Joan Plowright, and Drew Barrymore as Ted's sweet schoolteacher love interest), the appropriately fun and laid-back music by Jack Johnson, the irresistibly likable character of George himself, and the wisely uncluttered plot, first-time feature director Matthew O'Callaghan achieves the rare feat of successfully and respectfully adapting one of the most popular children's books of all time.