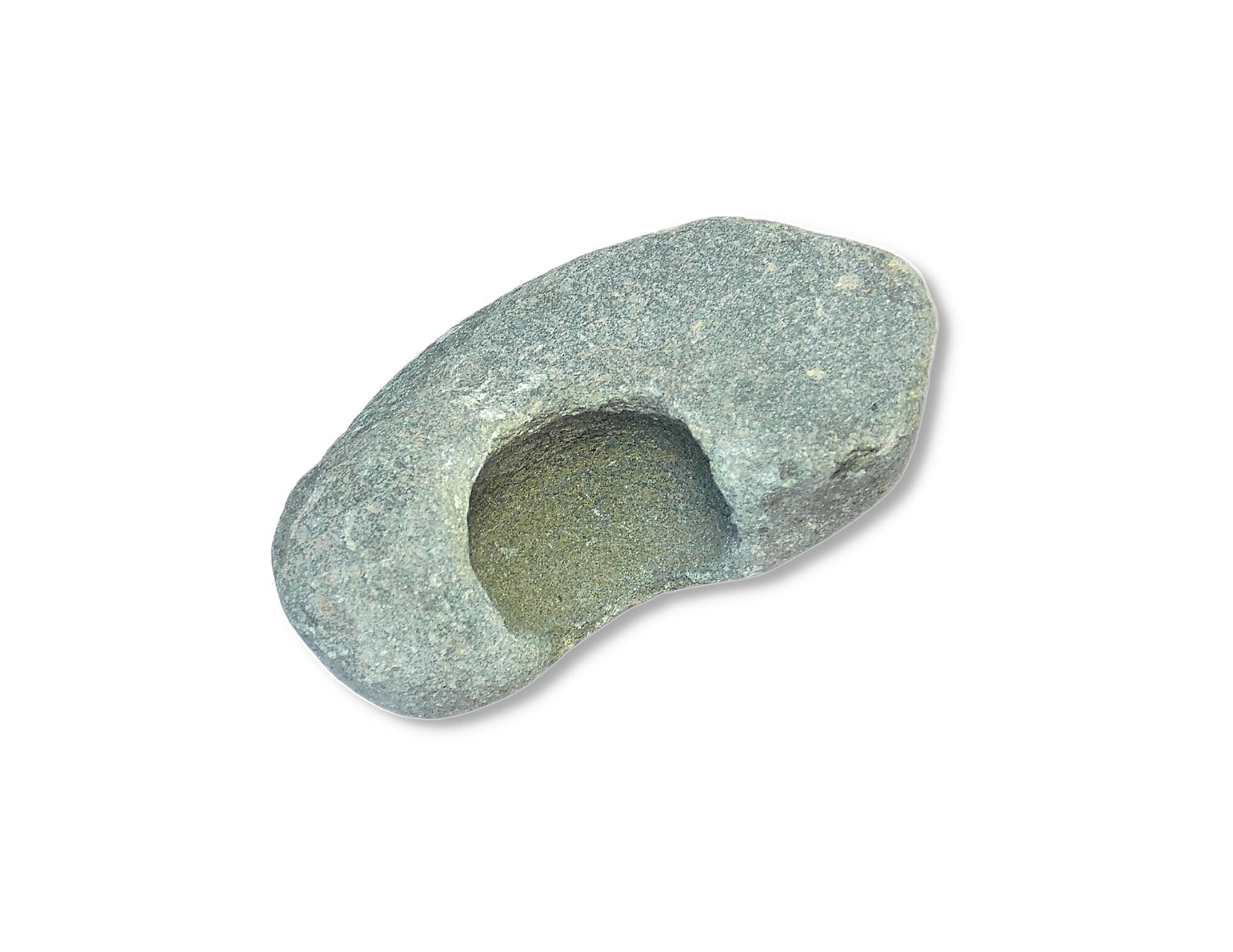 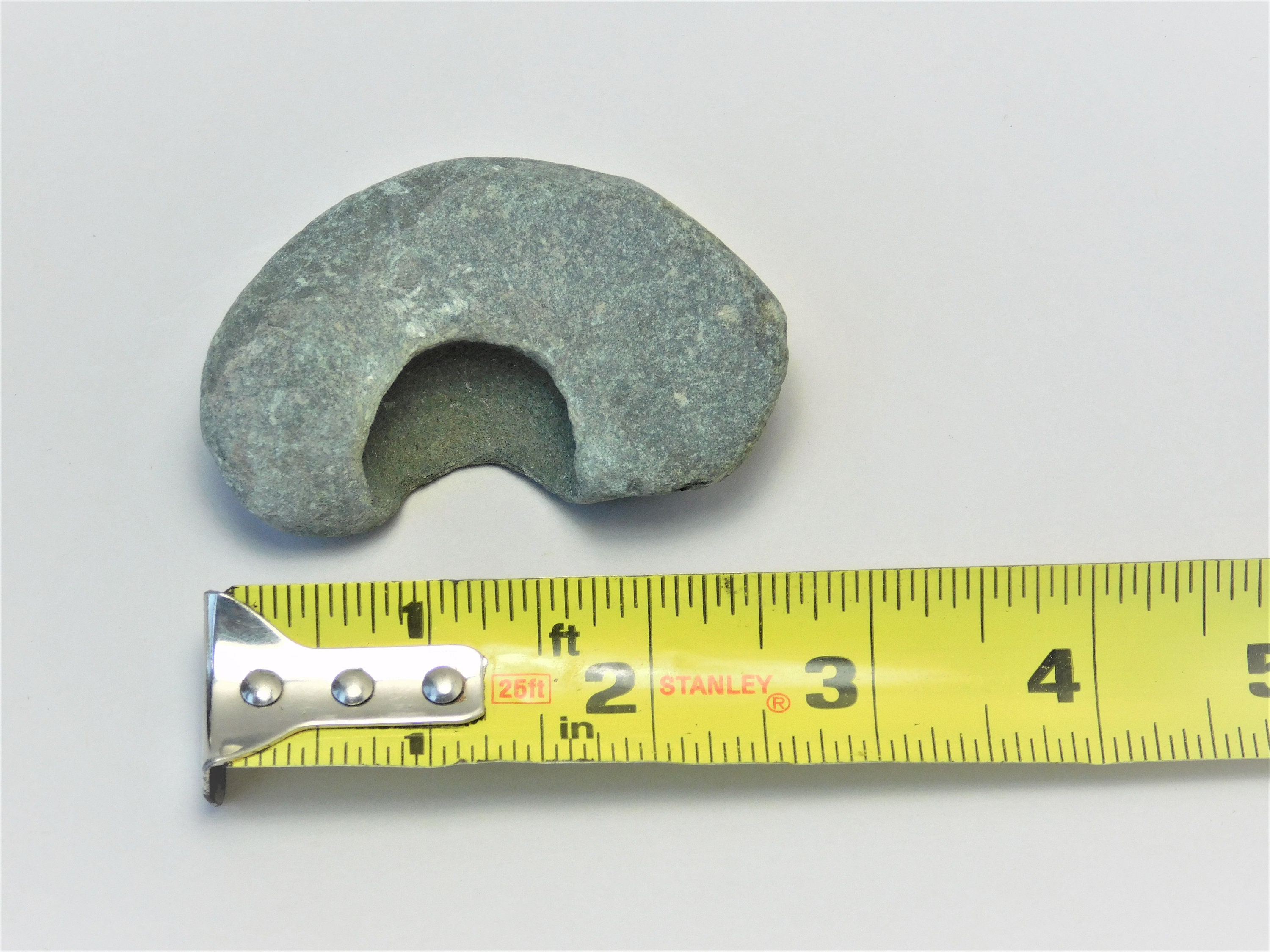 The Hole, Opening Is Not All The Way Through This Stone. These Omar stones vary rarely have the hole/ opening all the way through. They are often confused with Hag/ Holey stones. They are similar to Hag/ Holey stones but they are not formed locally where they are found and they are a harder Basaltic type of rock whereas Hag stones are often a softer material with more available with a hole all the way through.