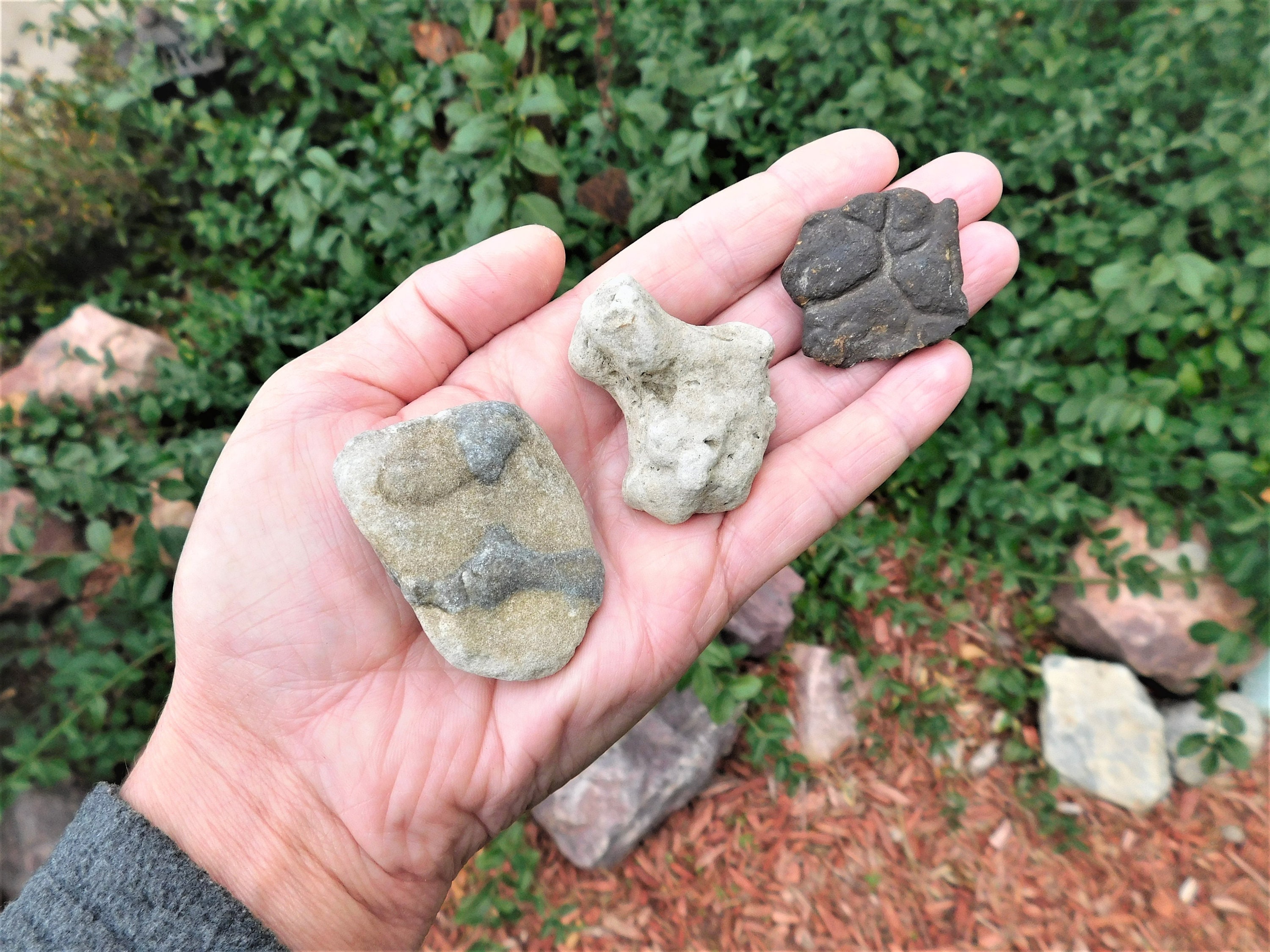 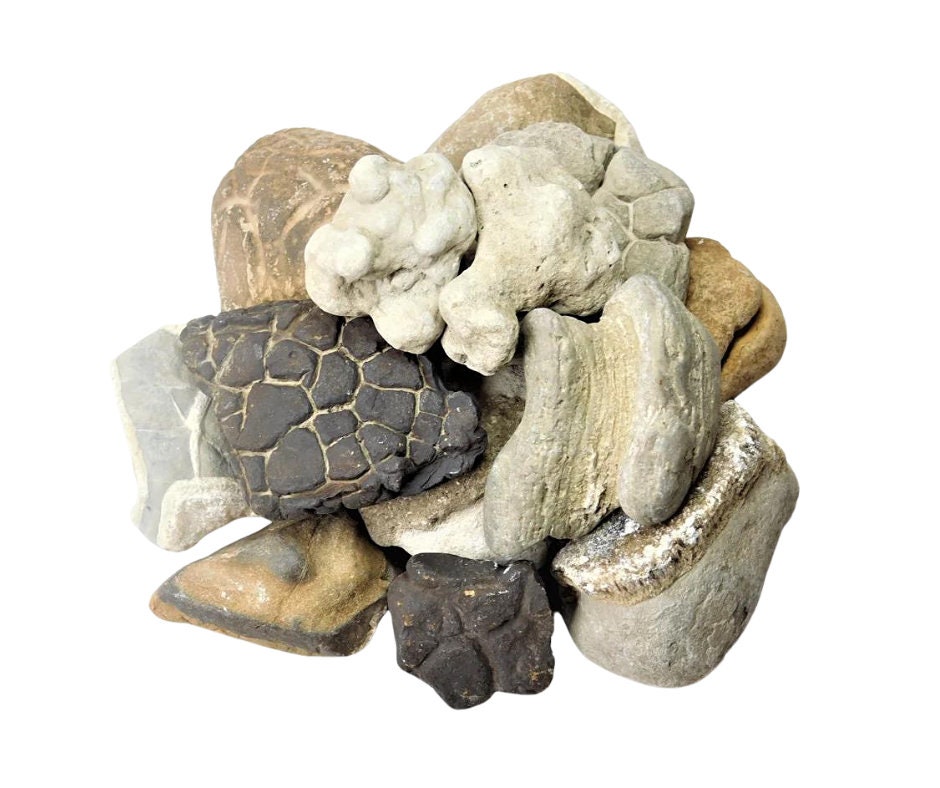 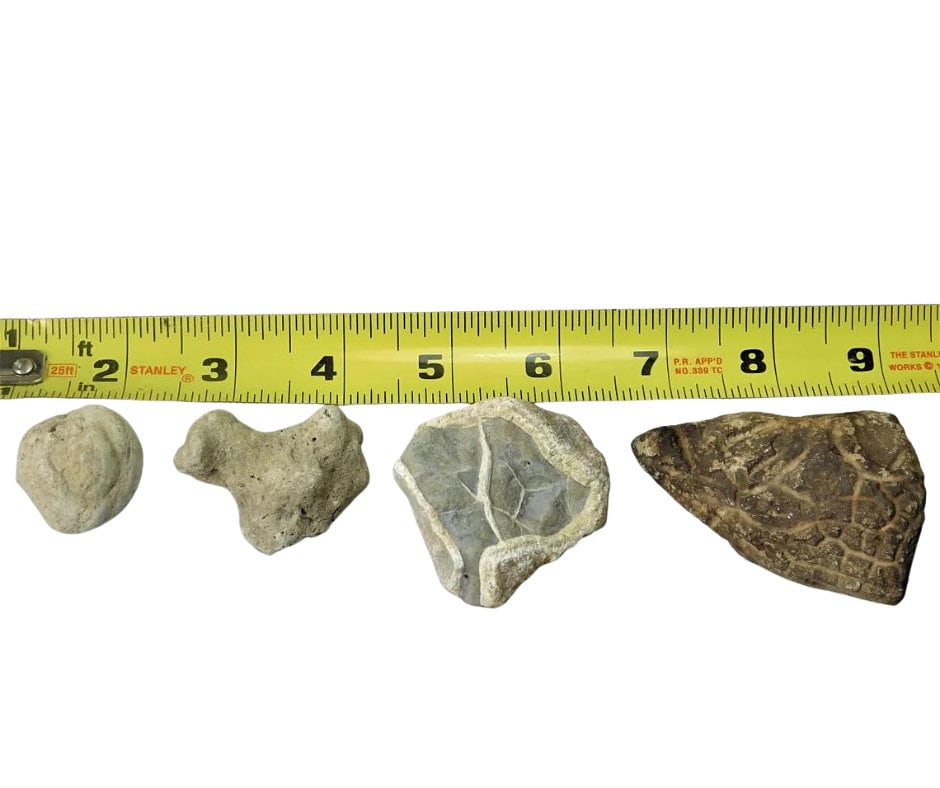 Concretion Stones are considered as a type of natural good luck charm resonating with the vibrations of prosperity, nurturing feelings of love and well being. They are also protective stones, providing both grounding and shielding of the physical, mental and emotional bodies. There are a wide variety of Concretion Stones including these attributes:

~Supportive With Self Nurturing, Caring About Others And Caring For The Earth
~Grounding Stone
~Increases Tolerance For Self And Others
~Help Bring Family, Community Together
~Helps Provide Patience, Understanding And Support During Difficult Times
~Helps Provide Emotional Balance
~Helps Reduce Feelings Of Stress, Anxiety And Nervousness

Septarian Nodules
Concretions that have a series of radiating cracks, crossed by a series of concentric cracks to form a “turtle-back” appearance. They are also known as the "Dragon Stone." Ball- like Septarian Nodules began their life as sedimentary slime at the bottom of a Cretaceous Sea 50 to 70 million years ago. Sediment composed of decomposing plants and animals formed into balls. Septarians are composed of Calcite which creates the yellow center. Aragonite creating the brown lines. The outer grey rock is Limestone.

Iron Oxide, Hematite Concretions
Form by precipitation of iron oxide from iron rich solutions. Hematite nodules are often formed in sedimentary rocks like Limestone by oxidation of Pyrite or Marcasite (iron sulfide) crystals. Concretions and nodules, which may also be composed in part of the iron oxy- hydroxides, Limonite and Goethite, come in a wide variety of shapes.

~Highly Protective
~Overcomes Blockages And Removes Obstacles By Dissolving Limiting Boundaries
~Clears Emotional Pain And Heals Hurtful Memories, Bringing The Lessons Of These Experiences To Light
~Stimulates The Flow Of Energy In The Meridian Systems Of The Body, Helps The Physical Body Maintain A Higher Vibration
~Removes Self Doubt And Illuminates Your True Spiritual Power
~Embodies A Powerful Earth Connection That Restores The Body And Mind To A Pure State Of Oneness, Releasing Darkness And Embracing Light
~Heals Energy Blocks
~Realigns Chakras

I bought 3 of these, and I can say for sure that I absolutely love one of them. Definitely planning on turning it into something. The other 2, however, are alright, but probably aren't the best. One may be an agate, but I'm not too sure since there aren't any translucent parts; I'm hoping there's something good inside. The last one is almost like a hollow dome. It looks great from the outside, but I can't really do much with it since the majority of it is a thinner, curved sheet. I hope I'll be able to make some great pendants from these. Thank you.